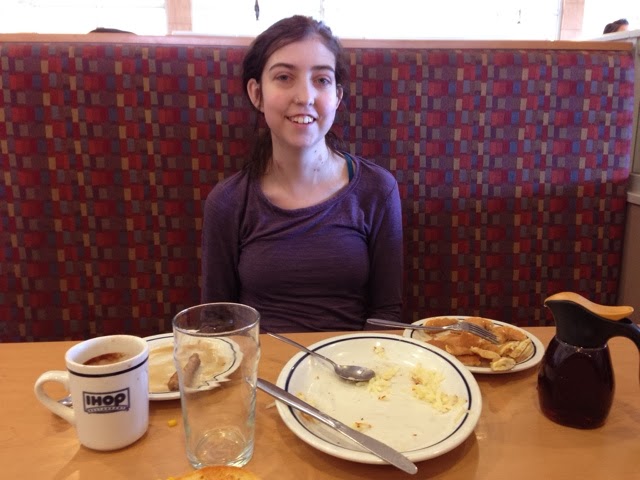 In the end I managed to cover myself and both the interior and exterior of our car in that delicious breakfast I had been so proud of scarfing (actually I are quite slowly) down.
What a hello that must have been for my grandparents!
Posted by Unknown at 7:38 PM