Bonjour!
See I've picked up a little French! ...okay maybe not.  It has been over a week since we left home and we have exactly a week left of our trip.  So far we have been to Paris, Normandy beach, Bruges, Haarlem and tonight we are in Calais.  We also made an afternoon trip to Amsterdam.  So far my favorite place would be Bruges.  I like the smallness of the town.  All the streets are tiny!  I also like all the canals and old buildings.  It felt like I was back in time!  It also helped that pretty much everyone spoke English.
My other favorite place we have been is Normandy Beach.  This is where D-Day took place.  We went to an area where there were still remains of bunkers and tunnels.  The land there was covered in craters from land mines and bombs.  It was really neat to see the remnants of the battle fought there.  I enjoyed getting to explore the bunkers and climb along the craters, a reminder to me how different my life is with these awesome used lungs!  (Pre-tx I wouldn't have had the energy or air to explore).
We also went to Keukenhof gardens.  This is a huge bulb garden in the Netherlands.  It was so beautiful.  The colors were so vibrant! There seemed to be an endless mix of flower combinations each just as spectacular as the next.  I took soooooooo many pictures, but you really have to see it in person to get the true beauty of it.  It's an early night for us tonight as we leave early tomorrow to catch the ferry over to London!
Nighty night 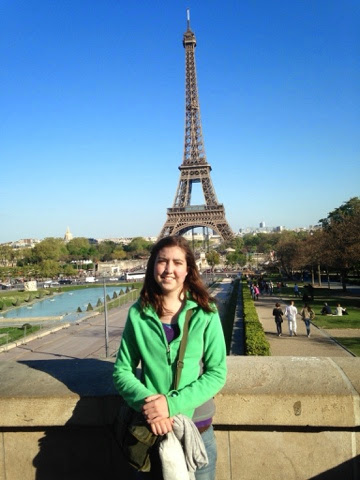 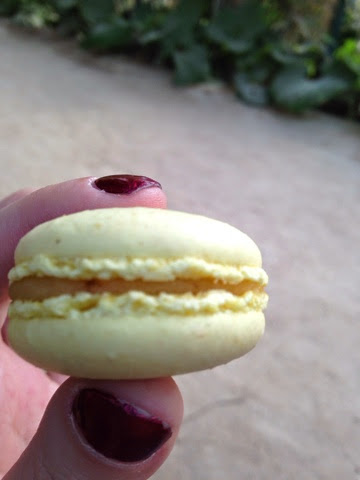 A real French Macaron! (not as tasty as mine but looks correct) 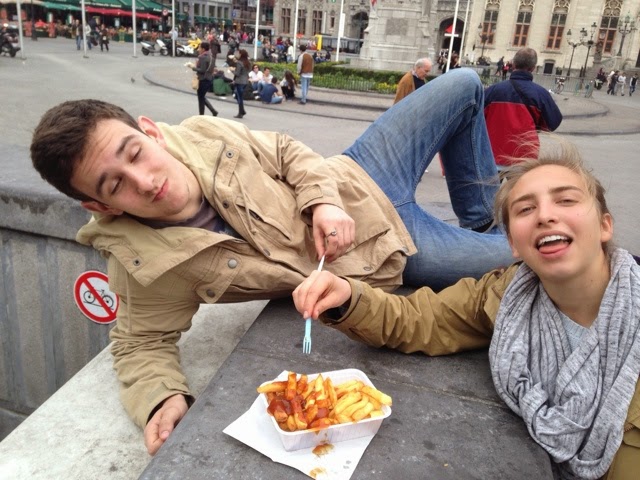 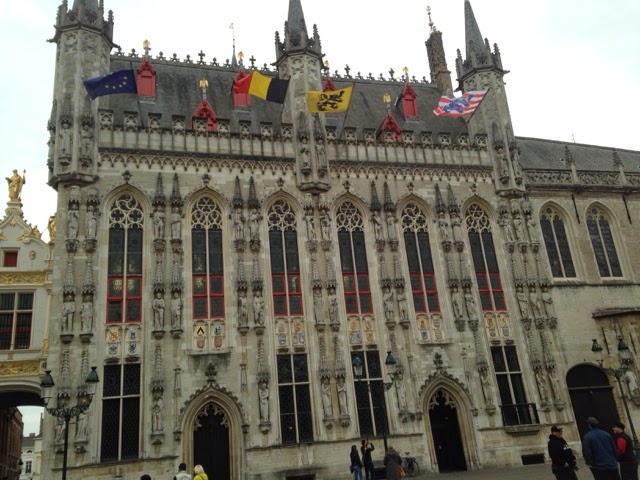 One of a million awesome buildings in Bruges 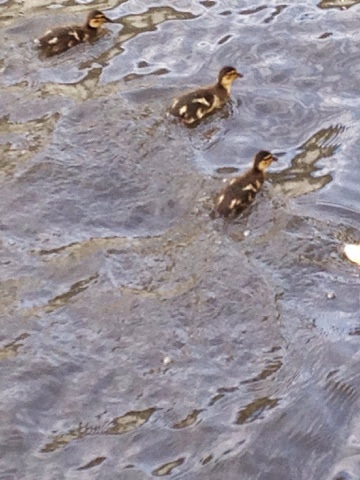 Baby ducks in the canal!
Rest are from Keukenhof Gardens 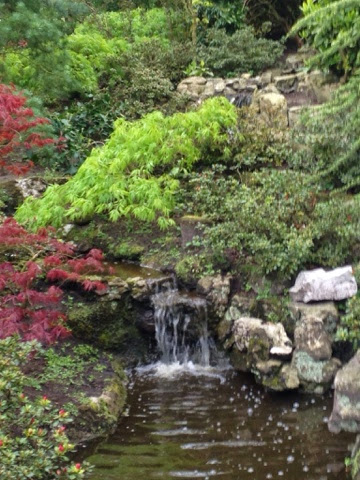 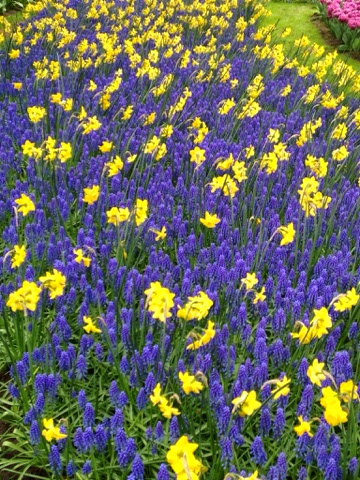 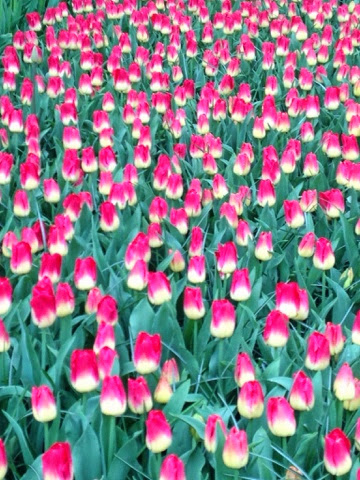 Happy 6 Months! Saturday was officially 6 months from my transplant, and I spent most of it walking around Paris! What a way to celebrate!  It has been wonderful being here actually able to breathe.  Today I walked over 6 miles and never got out of breath!  (My legs are not quite a fan of all the walking, especially all the stairs, I think I needed a little more weight lifting before my trip!).
There are many challenges on this trip for me.  It is completely different from challenges with CF.  With my cf lungs I needed to find a fridge, come up with a way to keep my medications cold while on the plane and of course lets not forget the fun of dragging my vest machine around the airport!  Now I have pills to take at certain times, which was actually quite challenging trying to figure out when I should take them with the time change.  (Add in my sleep deprived brain and it almost got me to tears I was so overwhelmed, I did figure it out and didn't miss any doses though!). I also have my immune suppression which makes finding food I can eat a challenge and riding on the moving petri dish (what some may refer to as the subway) is slightly terrifing.  Luckily I have my mask and plenty of hand sanitizer!
So far I have seen most of the sights, Eiffele Tower, Louvre, Arc de Trionphe, etc, all from the safety of a double decker tour bus.  One day we will be actually seeing the sights from the ground, hopefully they are much less crowded then they were as all I see when I see crowds is a bunch of walking germs and I'd kinda not like to be mixed into that.  Well I'm off to bed, adios! (Being in a place where another language is all around has triggered my Spanish brain!) 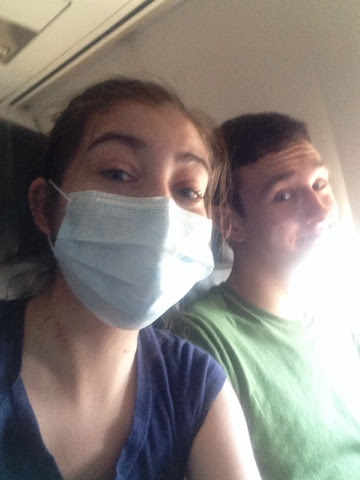 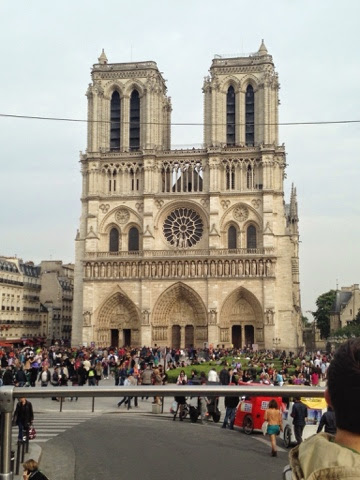 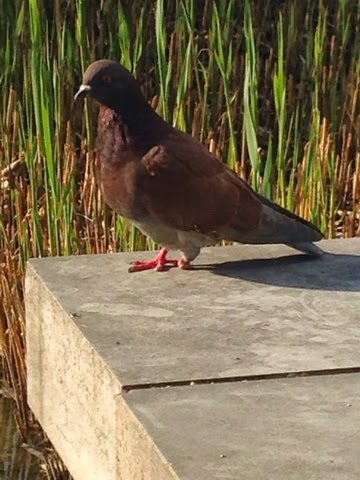 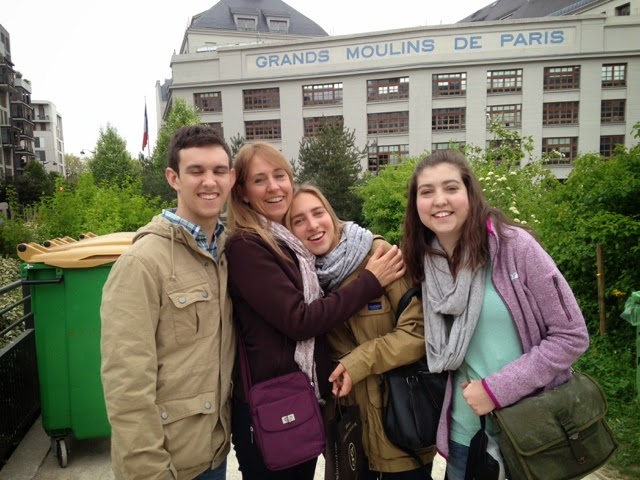 In front of my sister's school 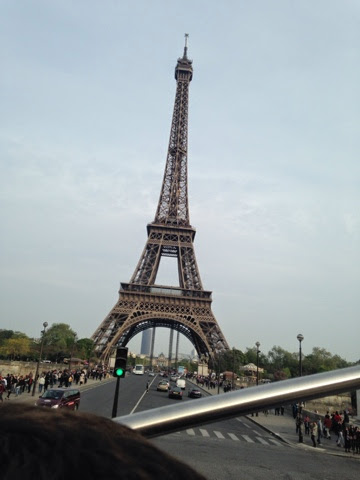 And of course the Eiffel Tower!
Posted by anna at 3:22 PM No comments:

they need your lungs! (and other stuff)

I hope you have all signed up to become an organ donor.  If not you can do so here (you will need your drivers license number and basic information)  If you are not currently an organ donor I ask that you seriously consider becoming one.  Being a donor will not change your life any, but once you are gone it can dramatically change another's life.  There are soooooooooooo many people who are waiting for organs and their shot at life, we are in serious need of donors.  Please go sign up right now!  (I'll wait!)


Thank you!
It is amazing to me how much a good organ can change a persons life.  I am living it everyday!  I have finished my rejection treatment and am almost back to my maintenance dose of steroids.  The treatment went well and the side effects were not too terrible.  My ferocious hunger is back, it took a few days off while the 'roids made my sugars skyrocket.  Since the last time I wrote I have also officially become an adult.  (well in the doctor world at least, I still think of myself as a kid and I have been an "adult" for 4.5 years!)  After 3 failed attempts I have actually transitioned to the adult cystic fibrosis center.  It will be good to be seen at an adult hospital rather than continuing to "sneak" into the kids place, though as odd as it is, I'm going to miss it.  It took going to Duke and then my last hospital stay from hell to really make me appreciate children's.  It is a little weird going to a CF doc where no one knows me since I have had the same doc since I was about 4, again though Duke broke me in since no one knew me there either.  It is a little nice though, to get a fresh start.  Thats about it that is happening in the medical world for me!

In other life, I am preparing to go on a trip to Europe!  I am really excited that I am getting to go (unless something crazy happens here in the next week)  My sister has been studying abroad in France this semester.   My family planned to go visit her during this semester, but with my whole transplant happing it was up in the air whether or not I would get to join them.  Luckily I am doing well and have been given the okay to go!  I have not been to Europe since 6th grade and I loved it there so it will be fun to go back.  Plus I am really looking forward to being able to keep up with the group and feel good!  As odd as it sounds I am even looking forward to all the walking!  I really could use the exercise and I have discovered that walking is actually quite easy!  I will try to update you all while I am gone, and if not definitely when I get back!  I hopefully will have a ton of pictures to show as well!  (I am unfortunately the worst at taking pictures and tend to carry my camera around without actually using it! I'll try to work on this while I am gone!)
Au revior!